Seven centuries of the Kremnica mint and the uniqueness of its cultural heritage. 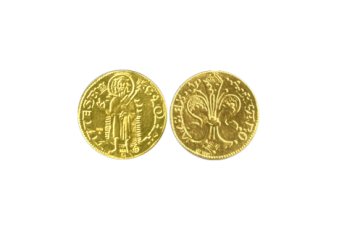 The coins, which began to be minted here from gold of 23 carats and 9 grains (989/1000), were created according to the pattern of coins from Florence and were initially called florins. As the Latin inscription on a similar gold coin in the city of Venice ended with the words "iste ducatus", people began to call this type of coin ducats. Under this name, they went down in history.  Its weight (3,548g) with the weight of pure gold 3,52 g was not changed for centuries. According to the preserved records, 21,5 million ducats were minted in Kremnica throughout its history. The last ducats as state currency were made in Kremnica in 1881. 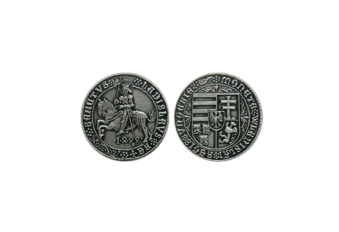 A decrease in gold mining at the end of the 15th century caused changes in the currency system. Gold coins were replaced by heavy silver coins. The first large silver coins, known as Kremnica guldiners, were minted between 1499 and 1506 under the commission of the Chamber Count Ján Turzo. In 1553, the Kremnica Mint started to mint tolars and half-tolars as the official currency of the Hungarian monarchy. The tolar currency in Hungary lasted until the introduction of the crown currency. The last type of so-called the last tolar of František Jozef I. was last minted in the Kremnica Mint in 1867. 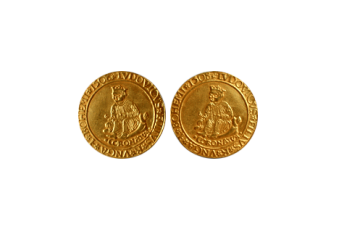 The first ever medal of Kremnica origin was created by an unknown designer on the occasion of the coronation of the underage Ugrian king Ľudovít II. (1505–1526) in 1508. The first period of Kremnica medal minting is associated with the names of masters Krištof Füssl, Lukáš Richter, Abrahám Eisker and many others. They created Renaissance medals that rank among the most precious numismatic jewels of today. The main representatives of Kremnica medal making in the period from the 17th Century to the mid-18th Century were the members of the Roth von Rothenfels, a medal making family, famous for their St. George's medals. 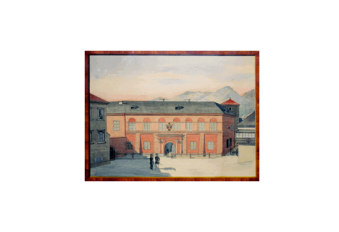 Thanks to a medal maker and technician of Swedish origin Daniel Warou, Kremnica was the first mint in the Monarchy where ‘Balanciers’ (spindle or screw presses) were introduced after 1710, which contributed to increasing the technical and artistic quality of minted coins and medals.  They were always operated by two coiners who took turns during the minting process. A disadvantage of the machine was that it was more difficult to control the force of the spindle stroke on the upper coining die, therefore cast iron corpuses and coin dies often fractured. Kremnica coiners were able to construct the ’Balanciers’ themselves as well as supply them to the other mints. 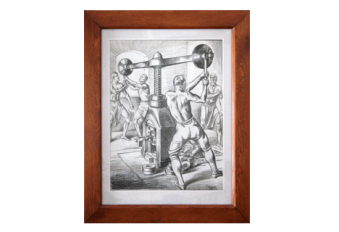 Dominant Enterprise in the Monarchy

As part of the centralization process for coin production the Kremnica Mint remained the only enterprise to strike coins and also to refine precious metals in the Hungarian Monarchy. Reconstruction of the Mint  between 1882–1889 was therefore inevitable; it was also connected with the preparation for introducing crown currency in the Habsburg Monarchy (1892). There were 14 Uhlhorn presses and 2 Loewe presses in use after the reconstruction. All were steam powered through transmission. At that time, the Mint produced huge volumes of gold and silver circulation and commemorative coins and haler coins from non-ferrous metals for domestic use. It also produced coins for some monarchy dependencies. 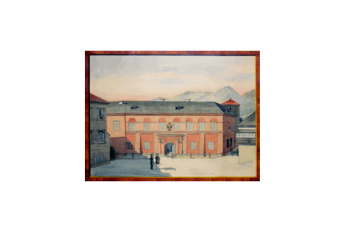 During the dissolution of the Austro-Hungarian Monarchy in 1918, the Hungarian army had taken all the machinery equipment and all the precious metal stock to Budapest. New machines, now electrically powered, were supplied by Vulkan Maschinenfabrik A.G. company in Vienna. In June 1921, production in the Kremnica Mint was resumed; the first twenty halers coins of the new Czechoslovak Republic were coined. The Mint suffered great damage also during the Second World War. The retreating German army took away part of the equipment and precious metal stock and used explosives to destroy the striking machines. After the liberation, an intensive reconstruction of the whole Mint commenced.  By 26 March 1946, minting presses started to coin one crown coins of the renewed Czechoslovak Republic. 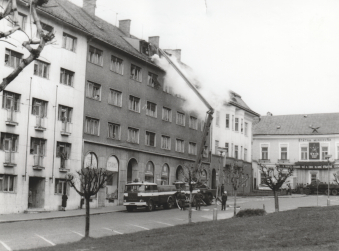 After the establishment of the Slovak Republic

After  the division of Czechoslovakia the Mint in Kremnica became a state enterprise of the new Slovak Republic (01 January 1993). It managed to produce the first Slovak coins in a record time of less than three months from the date of first receiving the idea. During the 16 years of the Slovak crown's currency, more than 1,373 billion circulation coins were issued at the Kremnica Mint, as well as more than 1 million commemorative coins. After it was decided that the Slovak Republic would join the Euro zone in July 2008, the striking plant for currency coins was moved from the plant outside the city into the historic plant in the city center.  The first order in this modern striking plant was the production of Slovak Euro coins. As part of an order for the National Bank of Slovakia (NBS), the Mint struck 500 million coins in a record time from mid-August to the end of December 2008.

"I will retain and magnify this famous heritage for you".