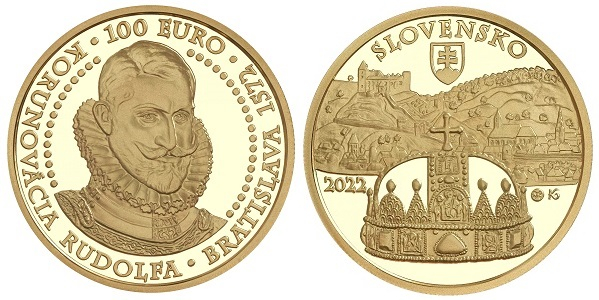 Until the latter part of the 17th century, no man could become king of Hungary without being elected by the Diet of Hungary. A ruler who wanted his son to succeed him had to persuade the nobles of the Diet to elect and crown him. Following the coronation, the country would have two kings: the reigning father and the son who would rule only after his father’s death. King Maximilian thus secured the crown for his eldest son, Rudolf, who was crowned in Pressburg (now Bratislava) on 25 September 1572 and became the de facto ruler in 1576. Rudolf was also Holy Roman Emperor and King of Bohemia. He stayed in Hungary only exceptionally, having opted to move his court and the Hungarian crown to Prague. He reigned during a period marked by Ottoman expansion from the south and by an uprising of the nobility related to Protestant demands for more religious freedom. In 1608 Rudolf relinquished the Hungarian crown and throne to his younger brother, Matthias.

An image of the Hungarian royal crown occupies the lower part of the obverse and is set in front of a period depiction of Bratislava that fills the cen­tre of the design. The name of the issuing country ‘SLOVENSKO’ is inscribed along the upper edge of the design, directly above the Slovak coat of arms. The year of issuance ‘2022’ appears between the lower left edge and the crown. To the right of the crown are the mint mark of the Kremnica Mint (Mincovňa Kremnica), consisting of the letters ‘MK’ placed between two dies, and the stylised letters ‘KL’, referring to the coin’s designer Karol Ličko. 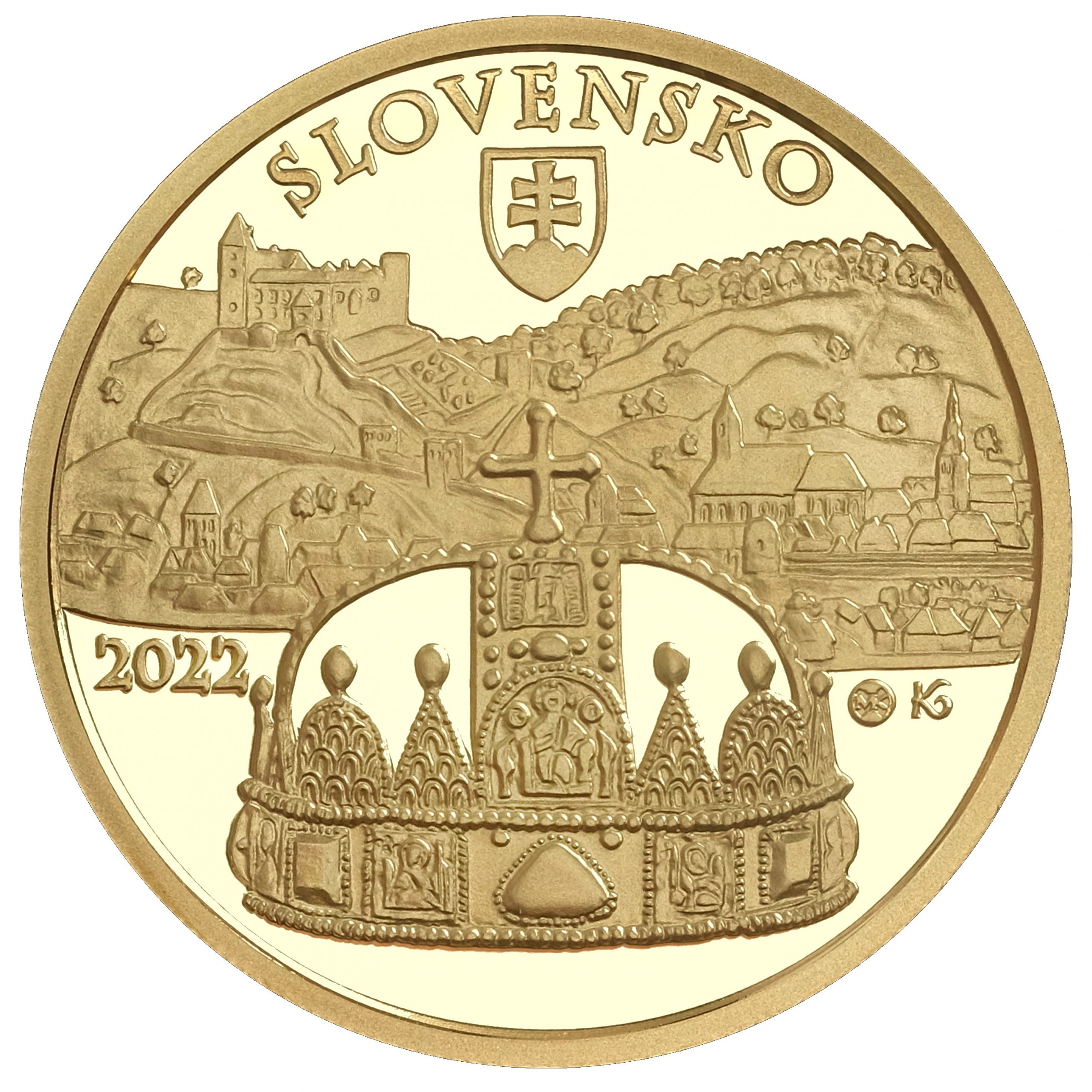 The reverse shows a portrait of King Rudolf adorned on either side with a semicircular beading pattern. Inscribed at the top edge of the design are the coin’s denomination and currency ‘100 EURO’, with a dot on either side. Running around the rest of the edge, from the upper left to the upper right, are the inscriptions ‘KORUNOVÁCIA RUDOL­FA’ (Rudolf’s coronation) and ‘BRATISLAVA 1572’, separated by a dot. 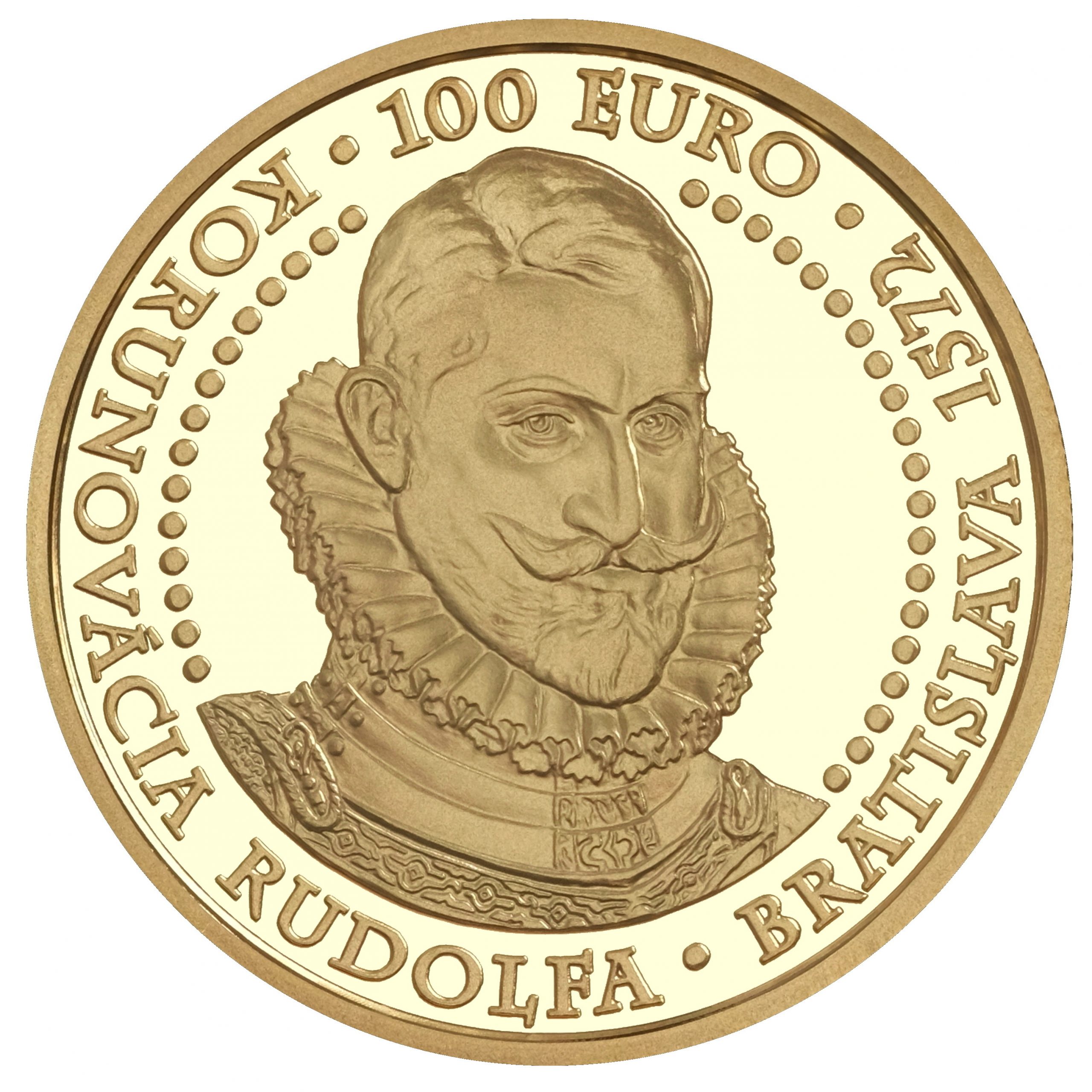